Sharing hope and meeting needs. Stay up to date with what's happening! You don't want to miss it! 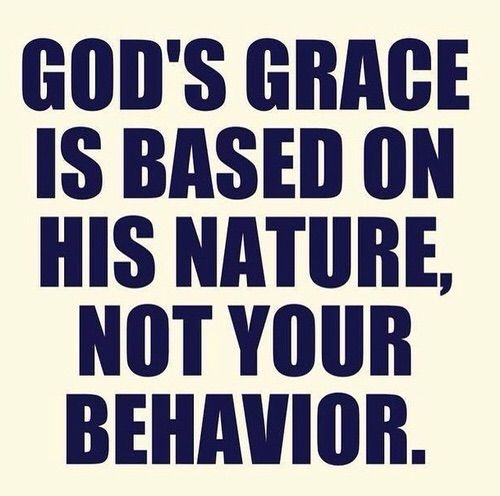 That something that I’ve always wanted – it’s the favor of God. And you can’t earn it.

The favor of God can be described as “tangible evidence that a person has the approval of the Lord.”

Why would I desire such a thing!? Well, I thought it would mean I was someone “special” to God. That He saw in me, something that was as equally great as some of those He talks about favoring in the Bible. I thought it would mean He would listen more closely to my prayers and see and understand that what I was praying for was exactly what I needed because let’s face it, I knew more about what I needed than He did, I was the one down here living it and going through it! Not Him. I thought it would mean bigger and better blessings and that somehow I would receive a free pass and be able to skip over some hardships that might come up along the way.

Boy, was I misled by my own thoughts and desires. Not only was this way of thinking synonymous with the verses that talk about the blind leading the blind, it was about as lost and confused as a blonde leading a blonde! (I can say that I’m blonde.)

I was looking at having the favor of God through a “me” perspective and what I could get out of it when I should have been looking at it from a God perspective. It shouldn’t be about what it can do for me, but rather, what I can do for Him.

Think about it this way, remember in school, when it was your turn to be “the teacher’s helper”? Remember how great it felt to be able to help the teacher do all the important things that needed to be done, like pass out all the papers, leave the classroom in order to take something to the office, or things like erasing the chalkboard, (Yes, I’m that old.) It made you feel good to be able to give of yourself for the greater good. It made you feel accepted and needed.

You can’t be good enough and you can’t do enough to earn the favor of God. And if you try to take this approach, all it will do is leave you all tied up in a knot, bound together by failure after failure, lying on the floor, in a puddle of frustration and despair. I know, I’ve been there.

Oh yes, there are things you can do to gain Gods favor, but it all walks hand in hand with grace.

For years, I tried to earn it, but it hasn’t been until recently that I’ve learned no matter how hard I try I’ll never gain it by trying to earn it.

In Proverbs 8:35 the Bible says, “For whoso findeth me findeth life, and shall obtain the favor of the Lord.”

In order to find something, you have to look for it.

Finding God is not a hard task. He’s everywhere, but mostly and completely, you will find Him in His Word.

Proverbs 8:17 says, “I love those who love me, and those who seek me diligently find me.”

If you think about it, favor and approval are one in the same. I’ve always sought out the approval of everyone. I have manipulated myself in order to fit someone else’s mold while ignoring the very essence of who I was and what I knew to be the right way. My, or more truthfully, God’s right way, was someone else’s disapproval, and at times, that was hard to swallow.

Finding and receiving God’s favor will happen when we desire Him more than we desire to please ourselves and others.

I mentioned earlier that favor and grace go hand in hand. By this I mean, favor can’t be earned and neither can grace. You may be like me, even though I desired favor, I honestly never felt like I deserved it. Just like I never deserved grace. And I still don’t, but that’s where mercy and faith jump in.

Grace is defined as, “The free and unmerited favor of God, as manifested in the salvation of sinners and the bestowal of blessings.”

Mercy, on the other hand, is defined as, “Compassion or forgiveness shown toward someone whom it is within one’s power to punish or harm:”

Or maybe to simplify it a little more look at it this way:

Faith is described as being, “a strong and unshakable belief in someone or something”, or my favorite, “without question.”

So in pulling all that together, clearly, I don’t deserve favor or grace, but through God’s gift of mercy He has made them both available to me, and it is through faith that one must believe that to be so.